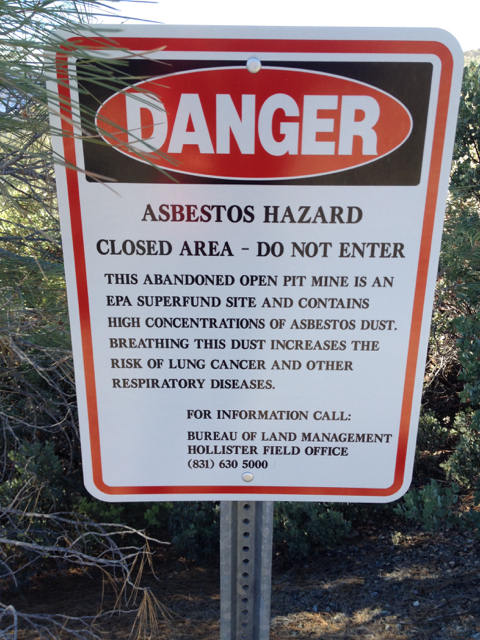 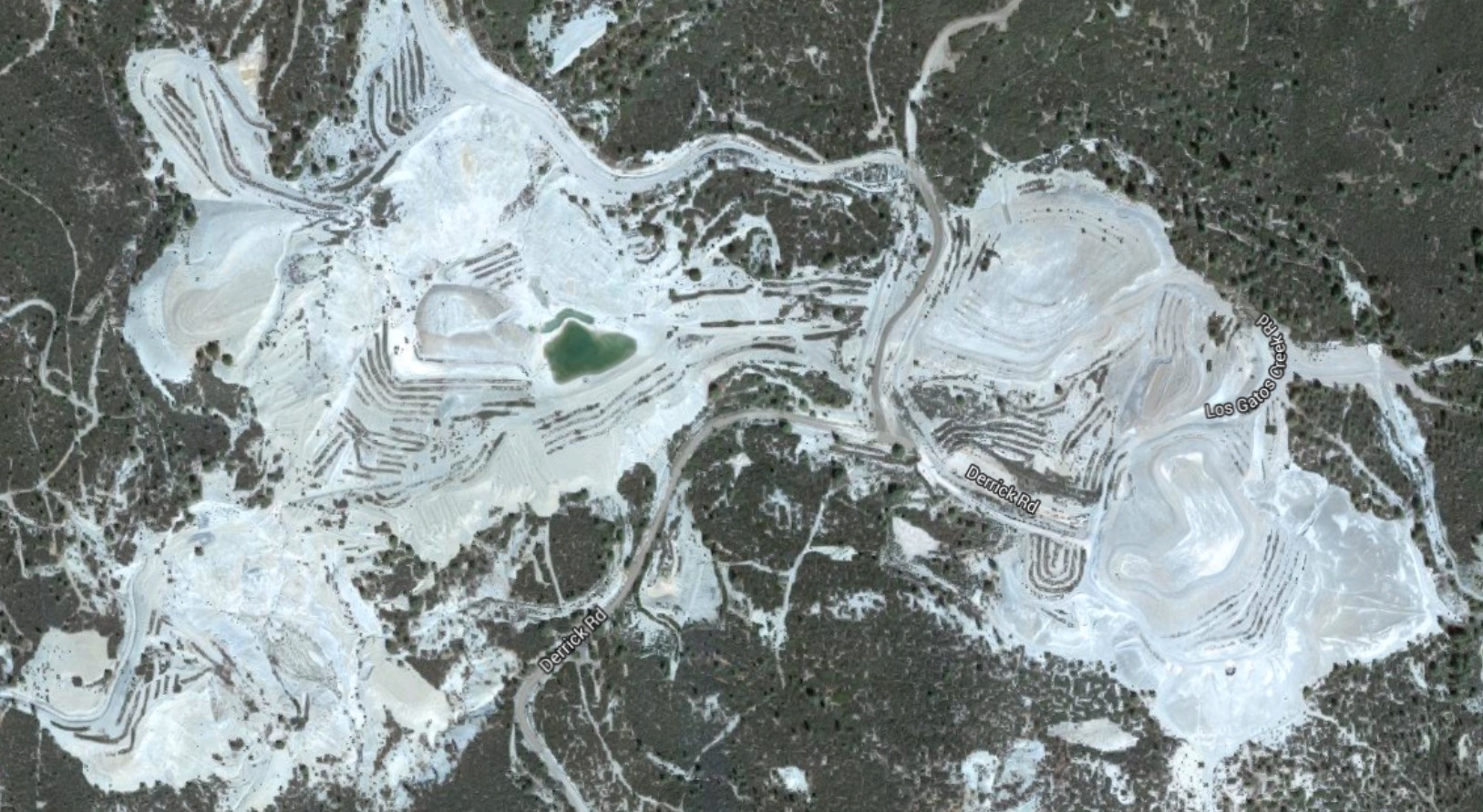 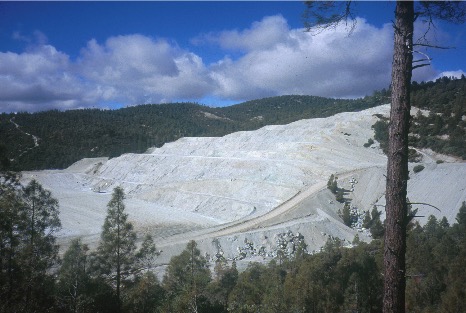 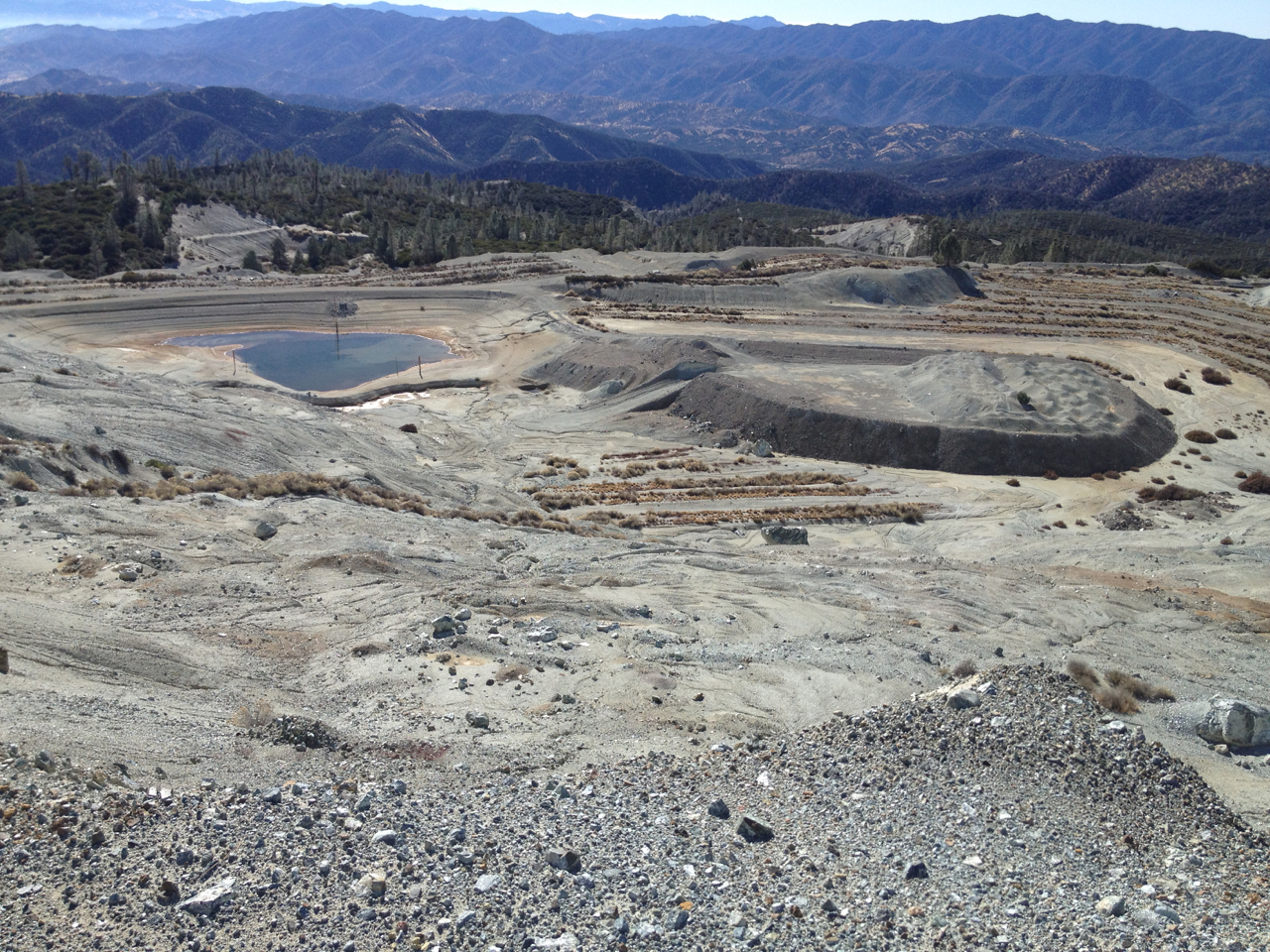 The Atlas Asbestos Mine Superfund Site is an approximately 450-acre asbestos mine mega site located 18 miles northwest of the City of Coalinga, in Fresno County California.  The Johns-Manville Coalinga Asbestos Mill Superfund Site is located approximately 17 miles northwest of Coalinga and consists of a 557-acre tract of land.  Asbestos product from both the Atlas Mine and the JMM site was transported offsite to the 107-acre City of Coalinga Operating Unit, located approximately 20 miles to the southeast, along Highway 198 at the southwestern end of the City where asbestos was stored prior to handling and shipment. 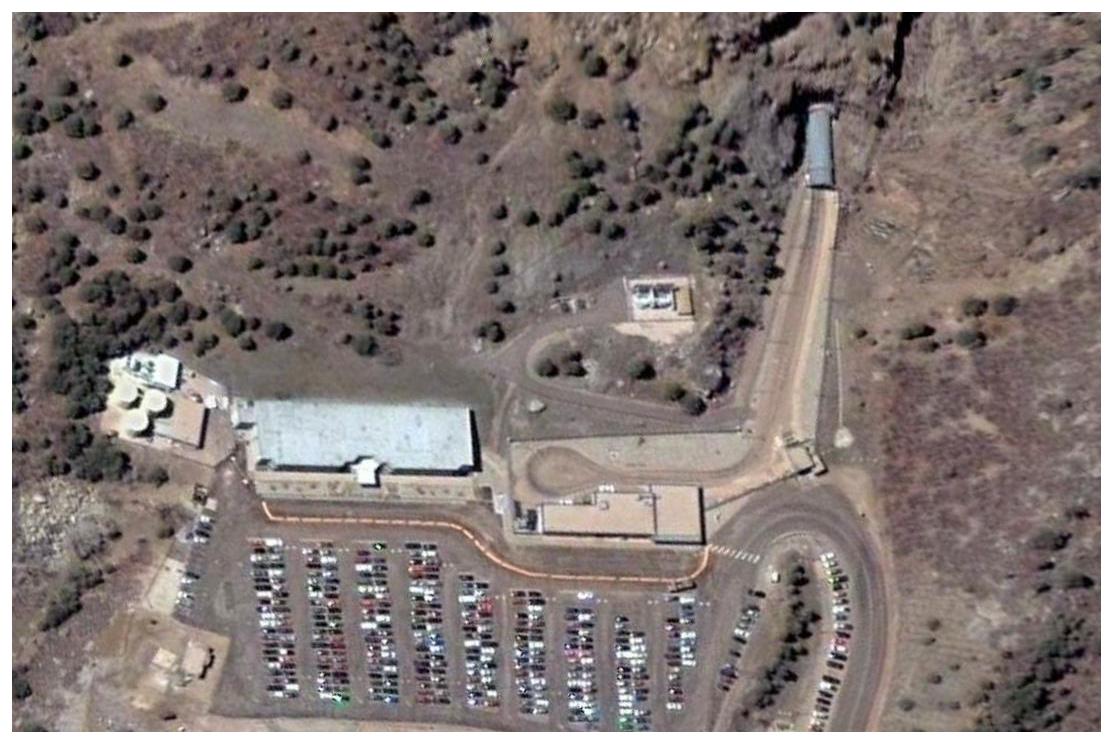 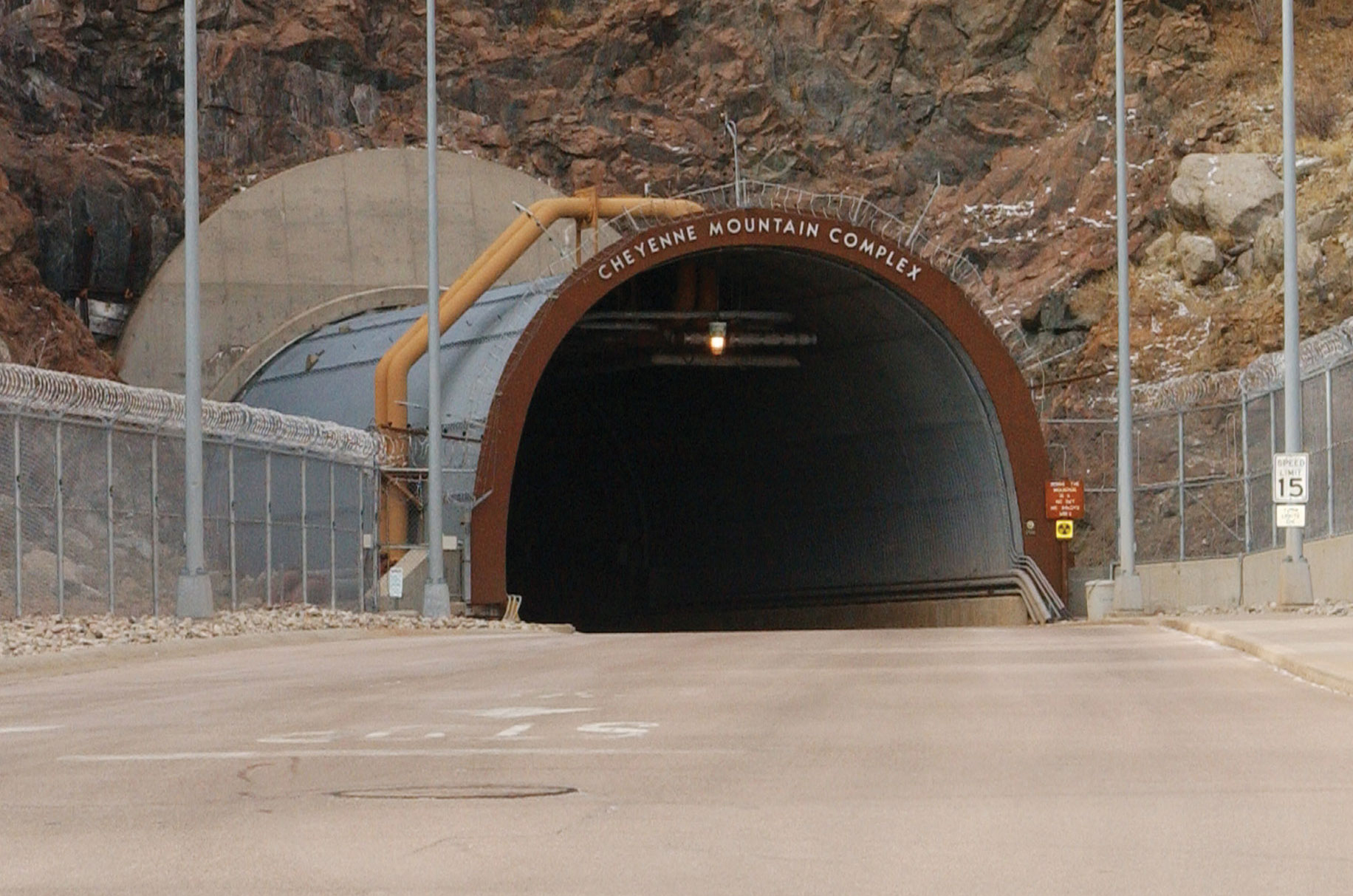 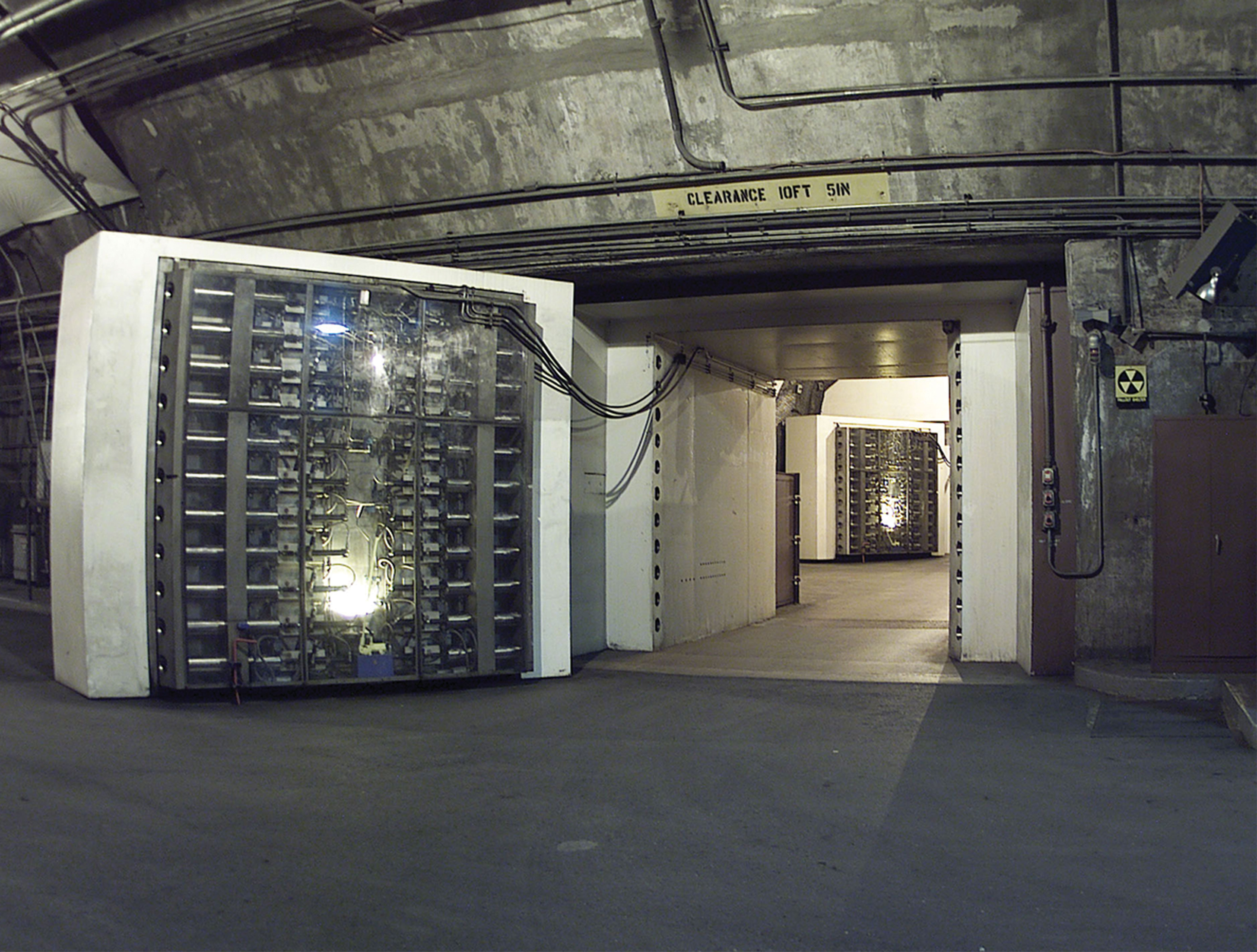 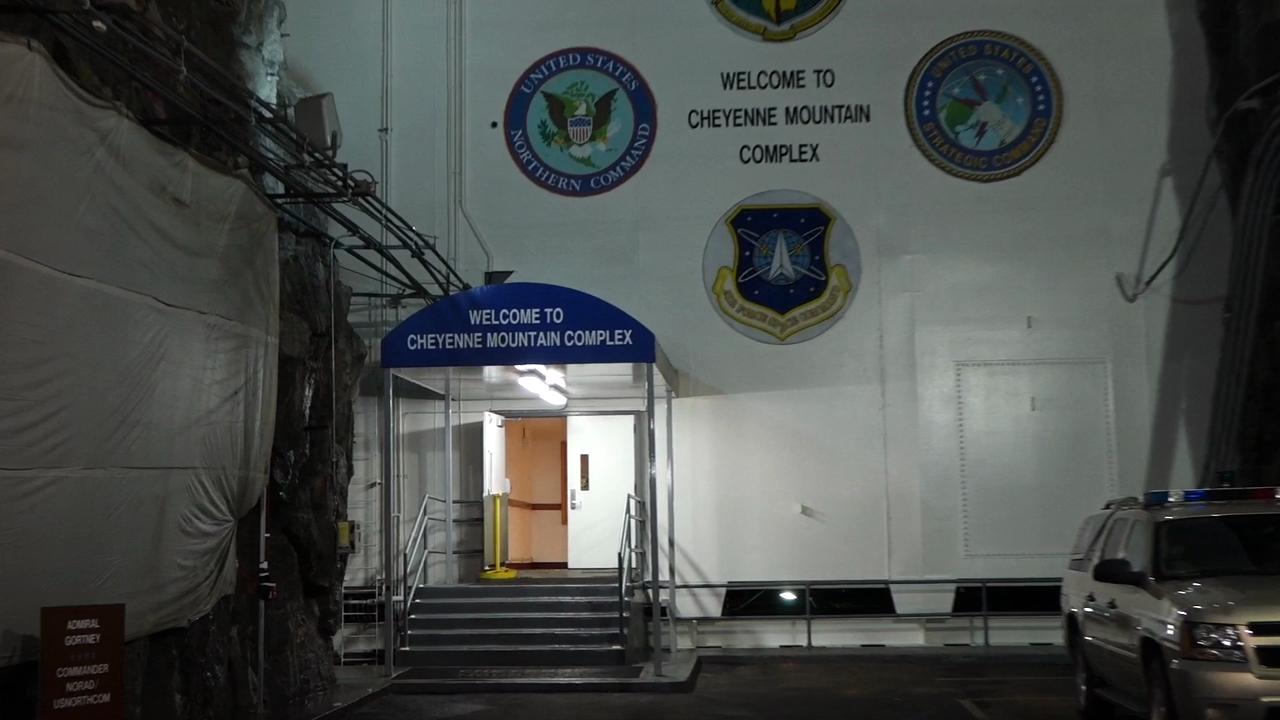 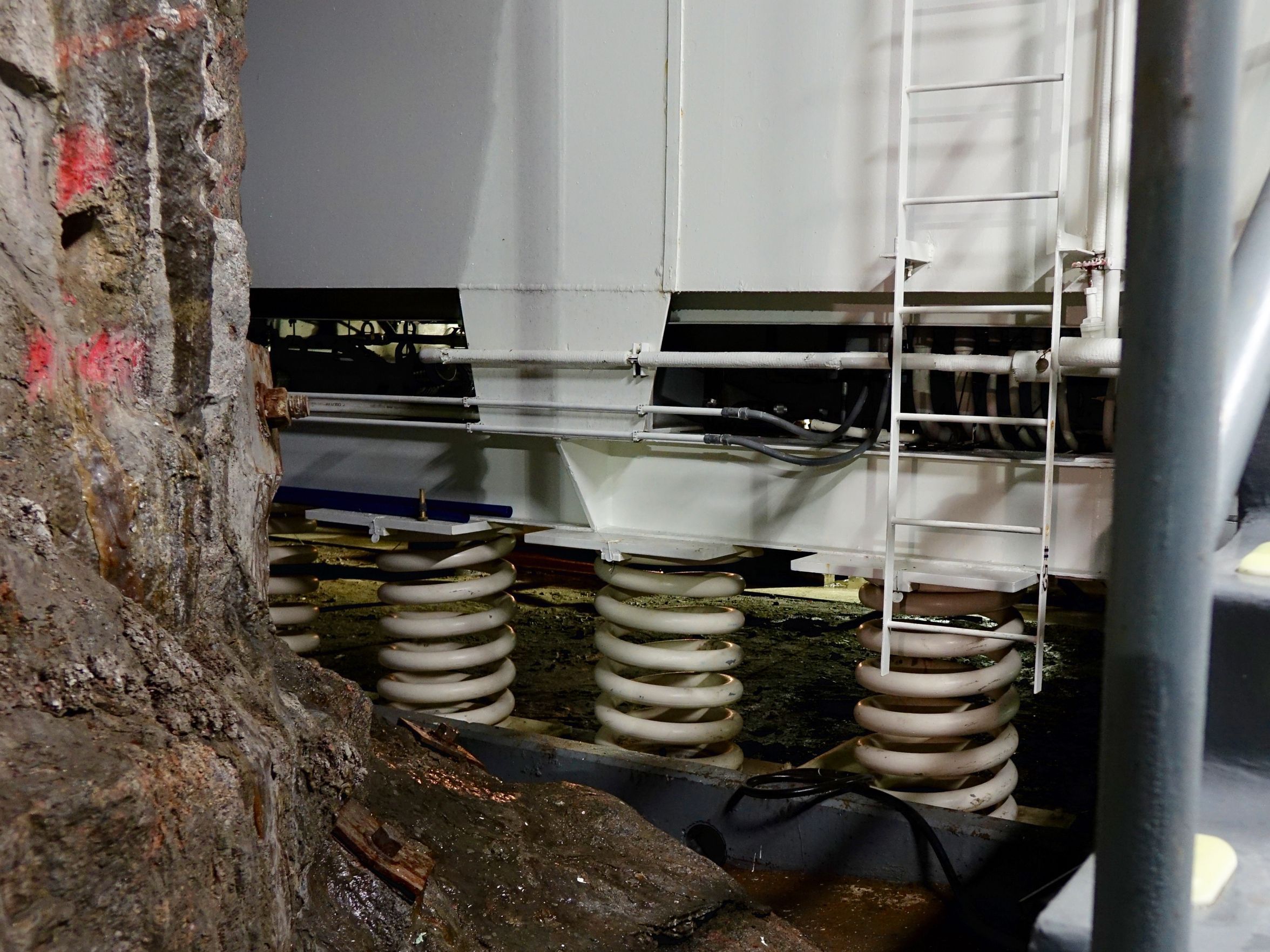 NORAD is a combined organization of the United States and Canada that provides aerospace warning, air sovereignty, and defense for Northern America. Headquarters for NORAD and the NORAD/United States Northern Command (USNORTHCOM) center are located at Peterson Air Force Base in El Paso County, near Colorado Springs, Colorado. The nearby Cheyenne Mountain nuclear bunker has the Alternate Command Center. The NORAD commander and deputy commander (CINCNORAD) are, respectively, a United States four-star general or equivalent and a Canadian three-star general or equivalent.

The bunker is built to deflect a 30 megaton nuclear explosion within 2 kilometres (1.2 mi). Within a mountain tunnel are sets of 25-ton blast doors and another for the civil engineering department. The doors were built so that they can always be opened if needed. Should a nuclear blast hit the building, they are designed to withstand a blast wave. There is a network of blast valves with unique filters to capture air-borne chemical, biological, radiological, and nuclear contaminants.

Asbestos Abatement of the Generals Quarters

The complex was built under 2,000 feet (610 m) of granite on five acres.  Fifteen three-story buildings are protected from movement by an earthquake or explosion by a system of giant springs that the buildings sit on and flexible pipe connectors to limit the operational effect of movement. A total of more than 1,000 springs are designed to prevent any of the 15 buildings from shifting more than one inch. The complex is the only high altitude Department of Defense facility certified to be able to sustain an electromagnetic pulse (EMP). There is a large quantity of cots for most of the personnel and suites for “top brass” within the nuclear bunker. Amenities include a medical facility, store, cafeteria, and fitness centers inside and outside the mountain. 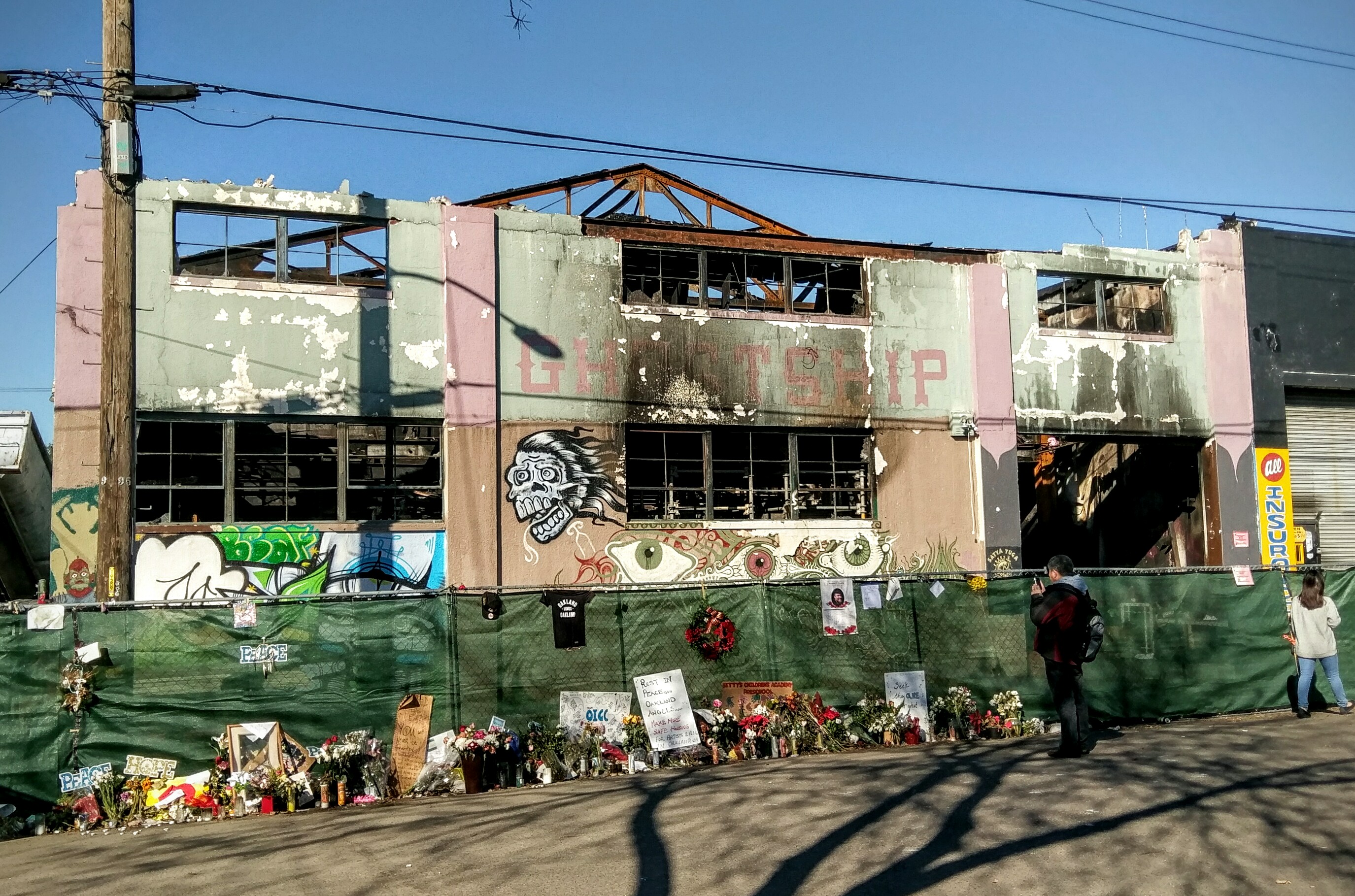 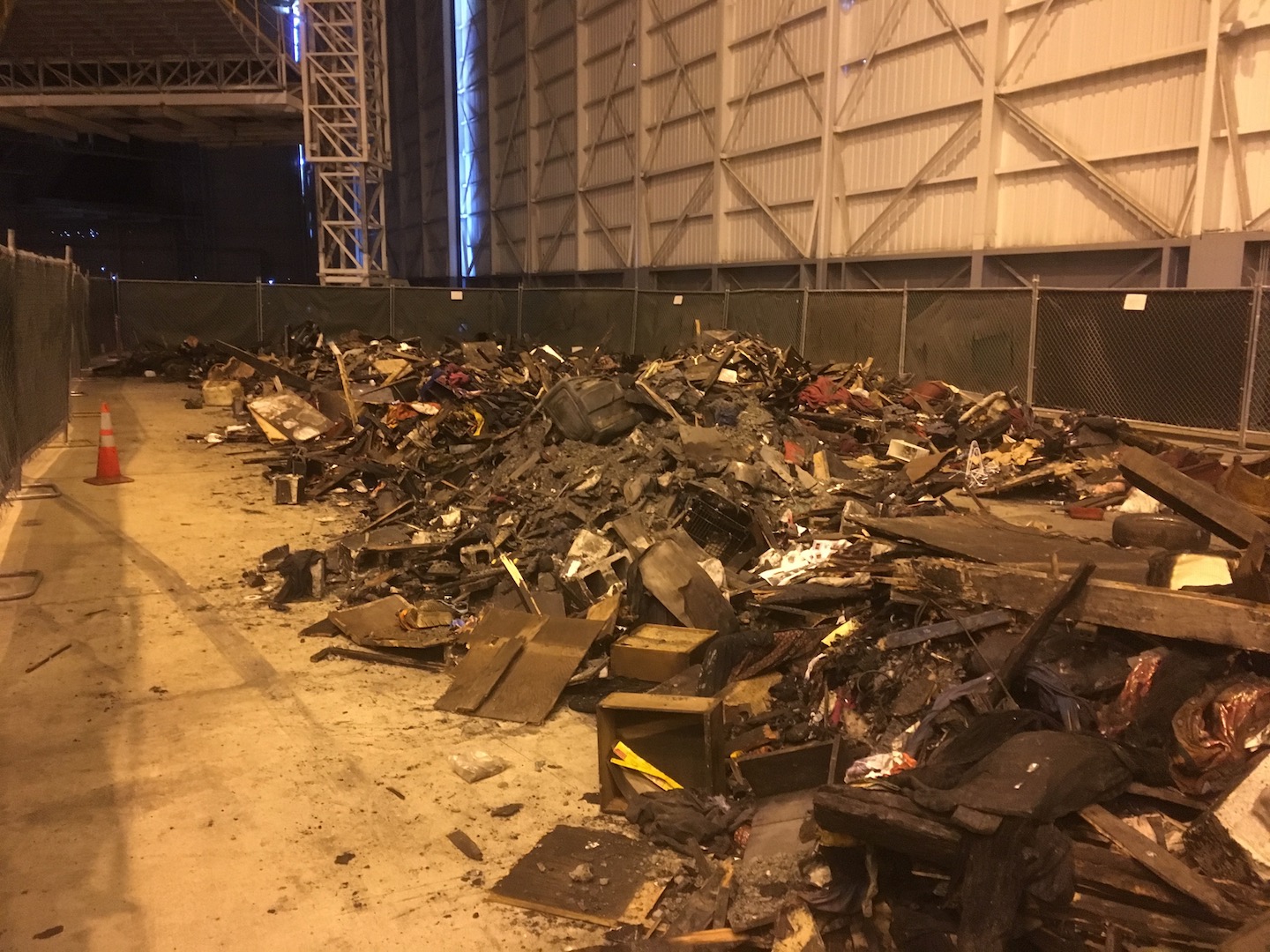 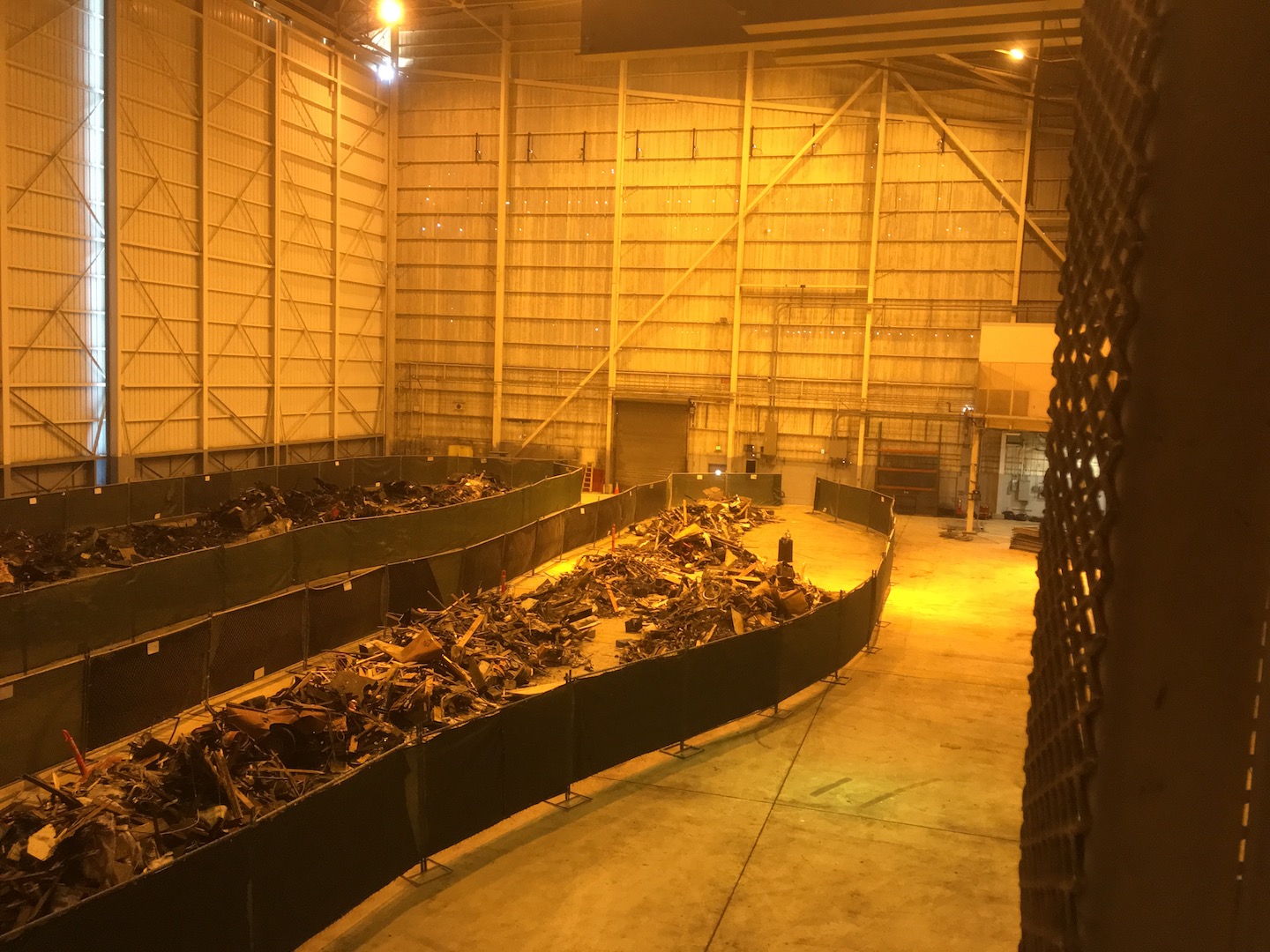 On December 2, 2016, at approximately 11:20 p.m. PST, a fire broke out in a warehouse, known as Ghost Ship that had been converted into an artist collective, including dwelling units, in the Fruitvale neighborhood of Oakland, California. At the time of the fire, the warehouse was hosting a concert featuring artists from the house music record label 100% Silk. Residential and entertainment uses were forbidden under the warehouse's permits at the time of the fire. 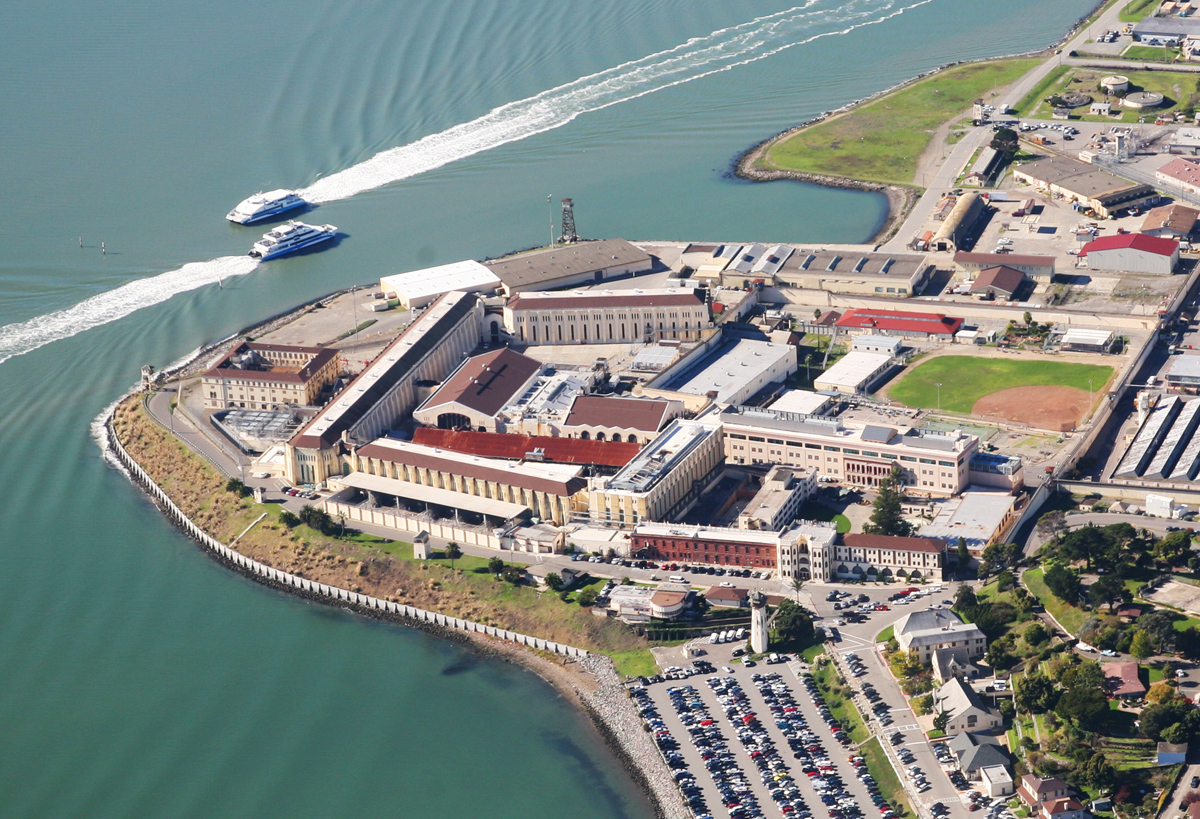 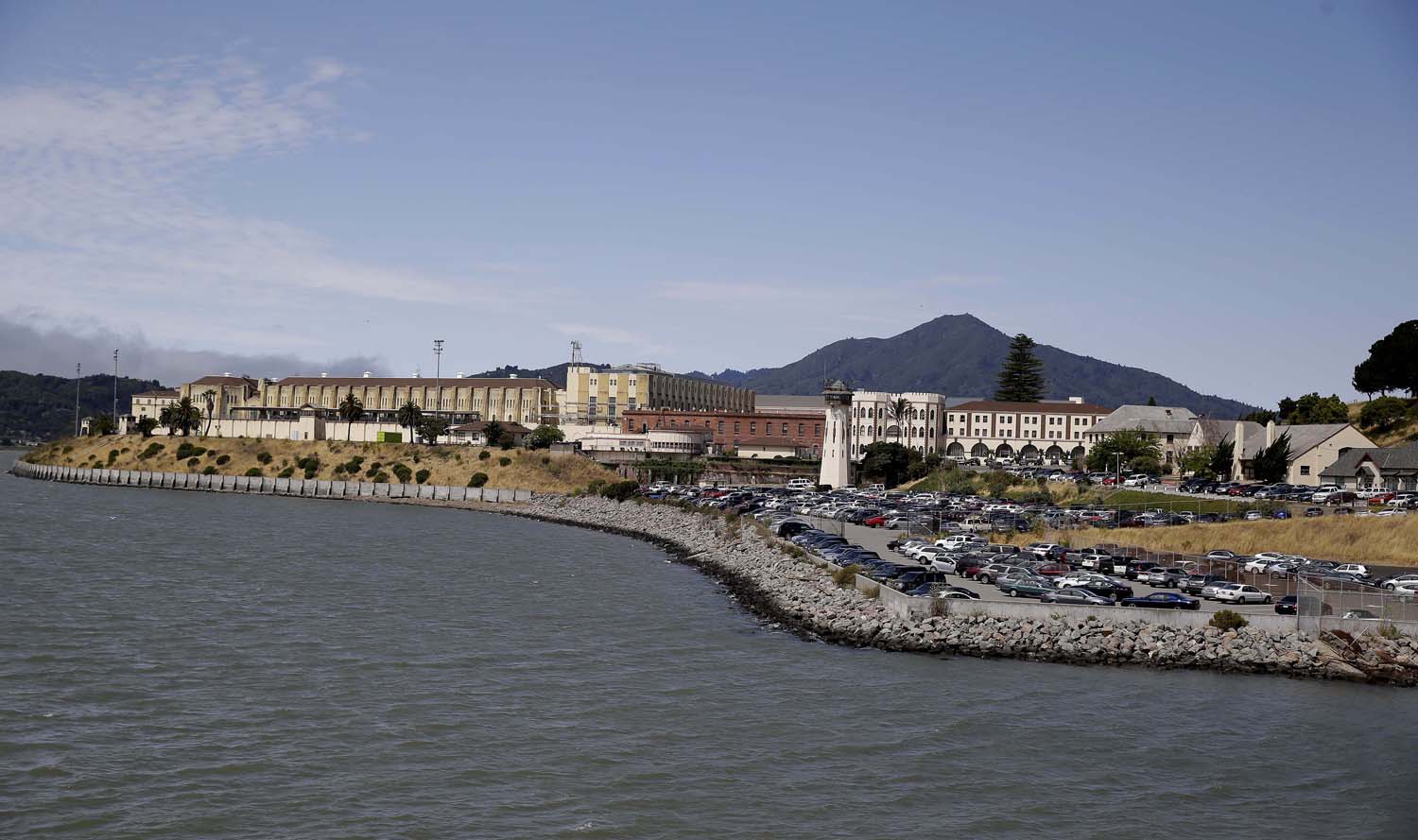 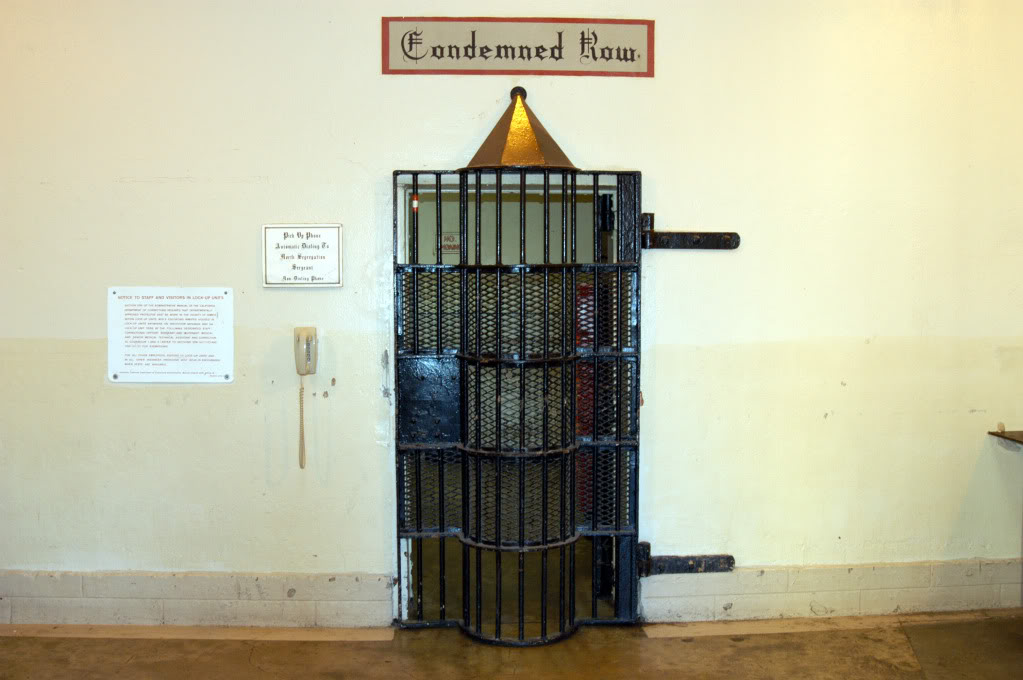 Requested to evaluate the potential health and safety issues relative to dust in the alleys between cells.

The sampling and testing was limited to Alley Ways and Cat Walks (6th Tier) in the South and West Blocks. This was NOT a complete inspection of the area or of the materials in the areas where samples were taken. The purpose was to determine potential hazardous materials in the dust. Analysis included asbestos, lead, mold (viable & non-viable), CAM 17, respirable dust, airborne asbestos and lead concentrations. 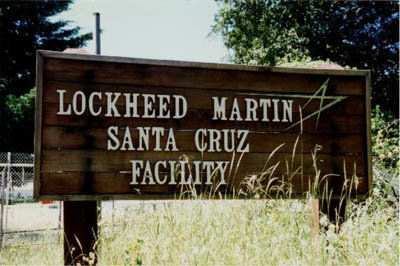 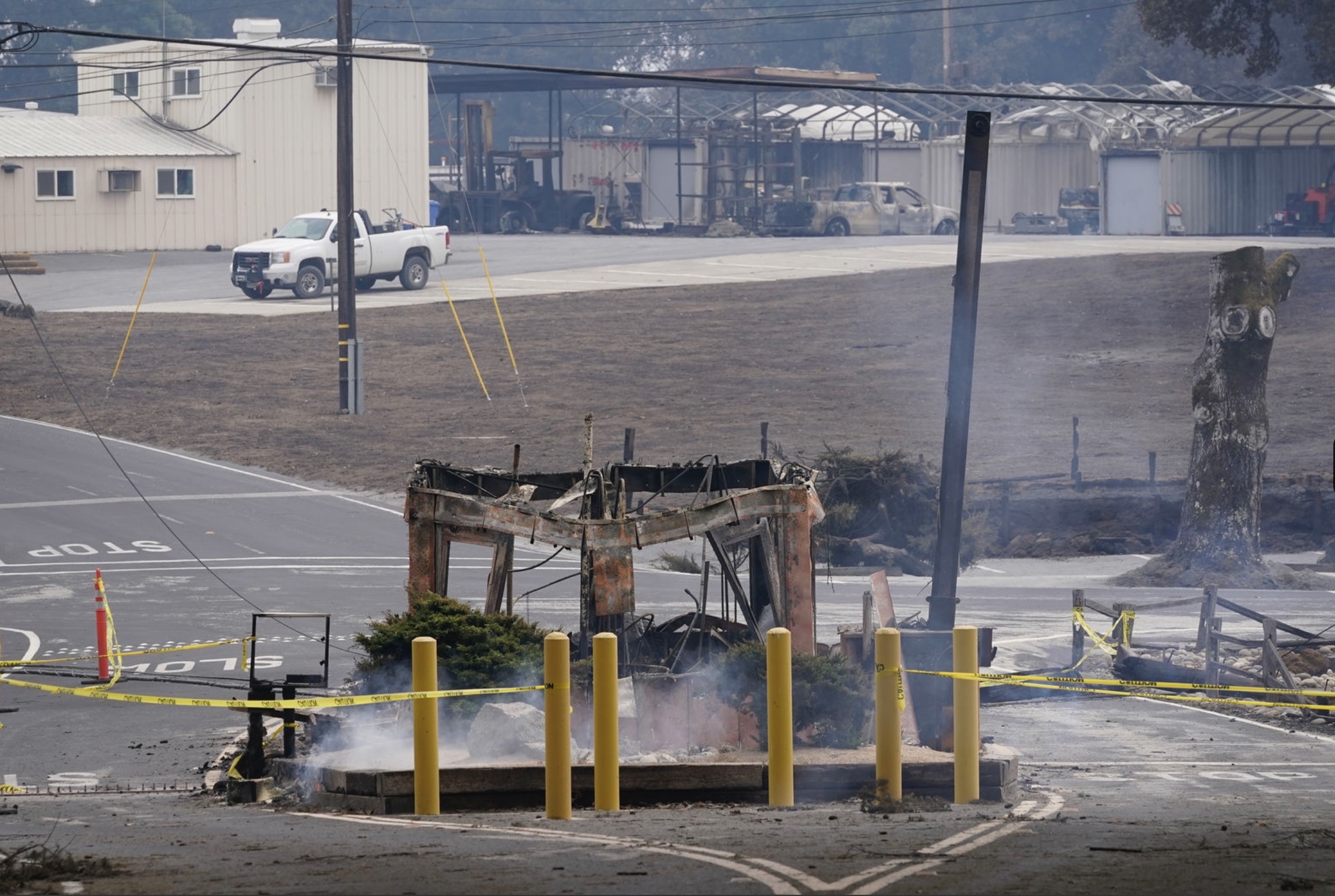 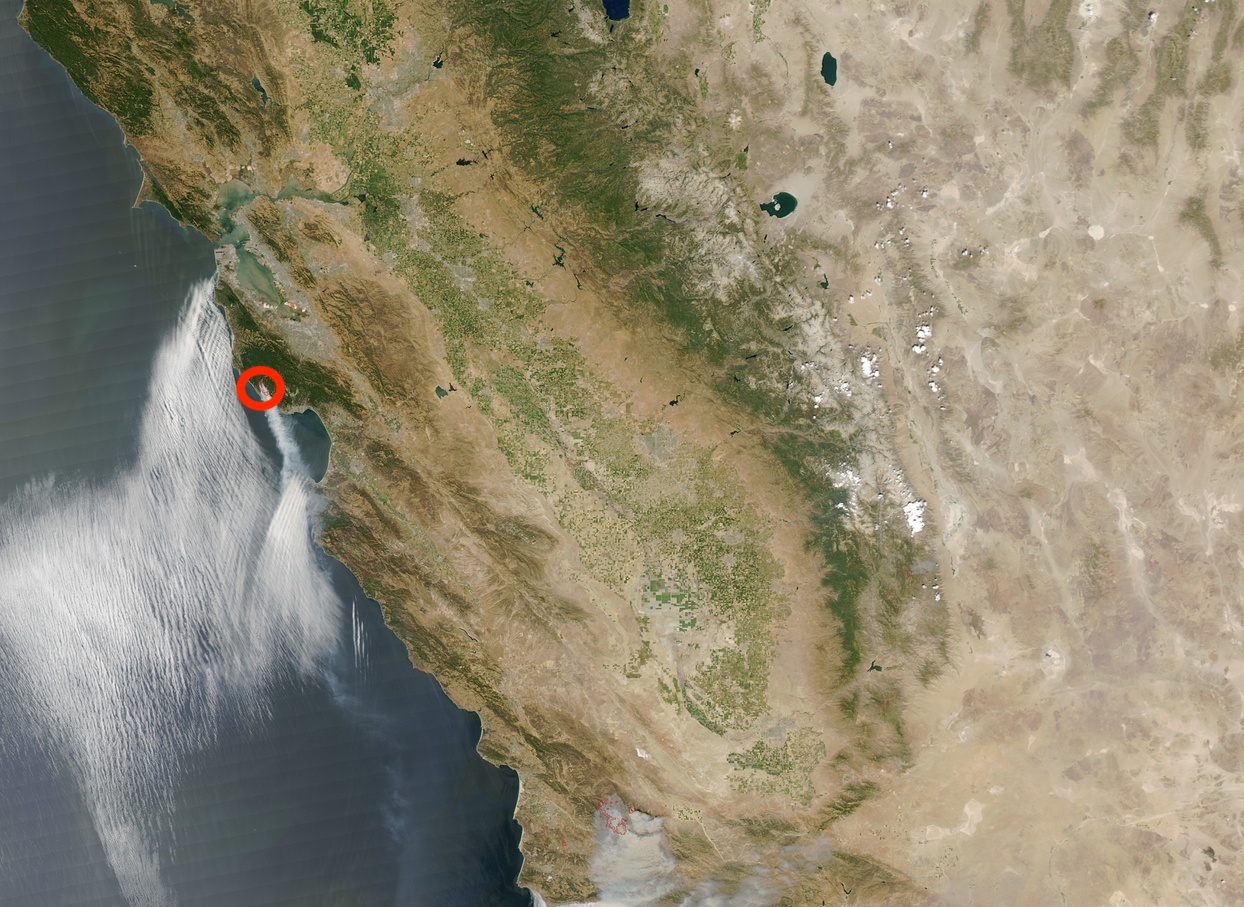 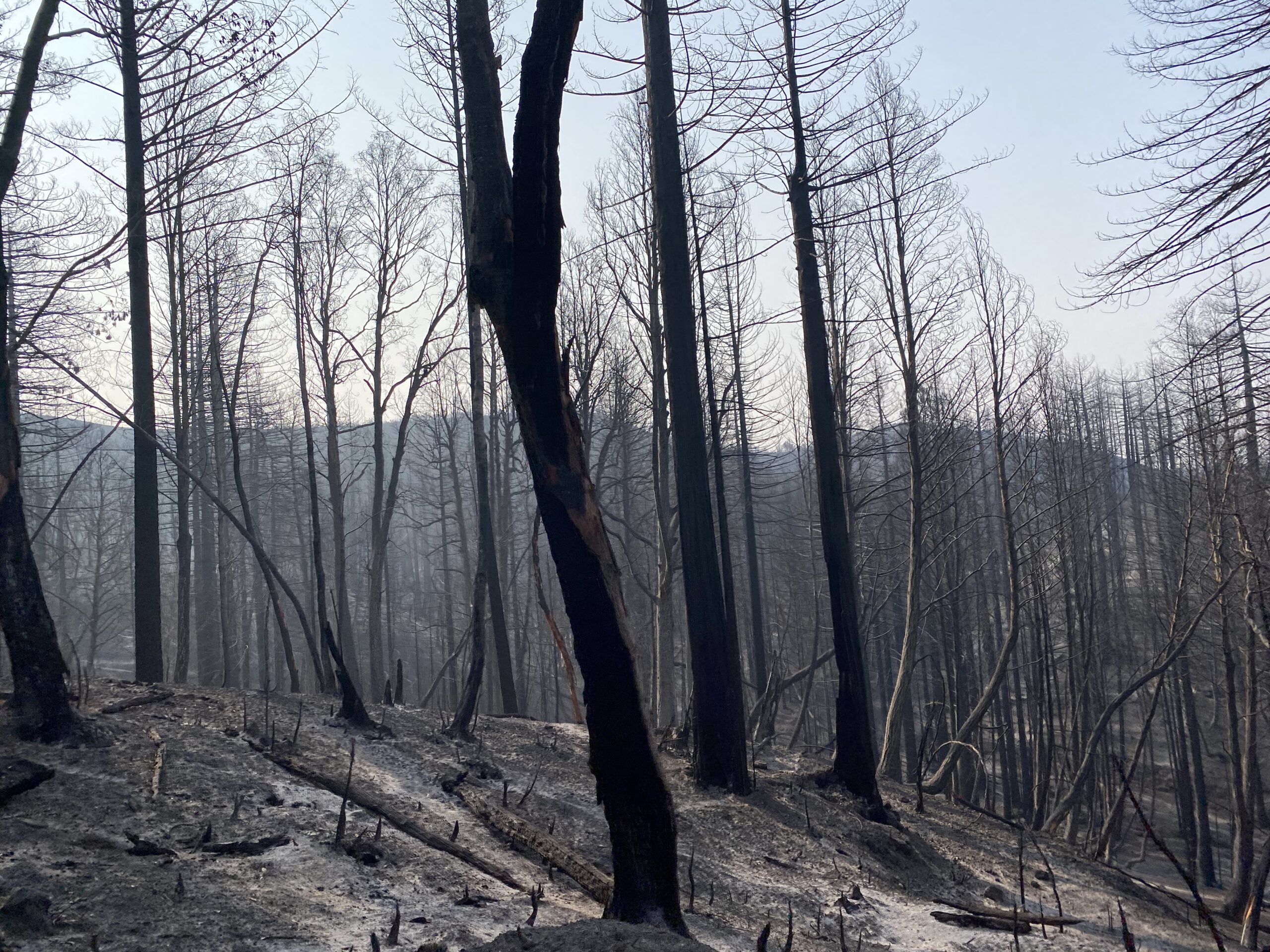 On August 16, 2020, a lightning storm caused as many as 13,000 lightning bolts to strike the ground in several places throughout Northern California.  These strikes caused several fires. There were about a dozen major fires at the same time.

Lockheed Martin is an American based aerospace company with international interests. In 2014 the company was considered the world's largest defense contractor based on revenue. The company is based in Bethesda, Maryland. The Santa Cruz facility was established in 1957 off of Empire Grade in the Santa Cruz Mountains.

According to a Lockheed Martin brochure about the Santa Cruz facility, local work projects include the U.S. Navy’s Trident II D5 Fleet Ballistic Missile (FBM) and the U.S. Missile Defense Agency’s Terminal High Altitude Area Defense (THAAD) system. Programs such as Peacekeeper and the space shuttle have been worked on at the Santa Cruz facility in the past, according to the brochure. 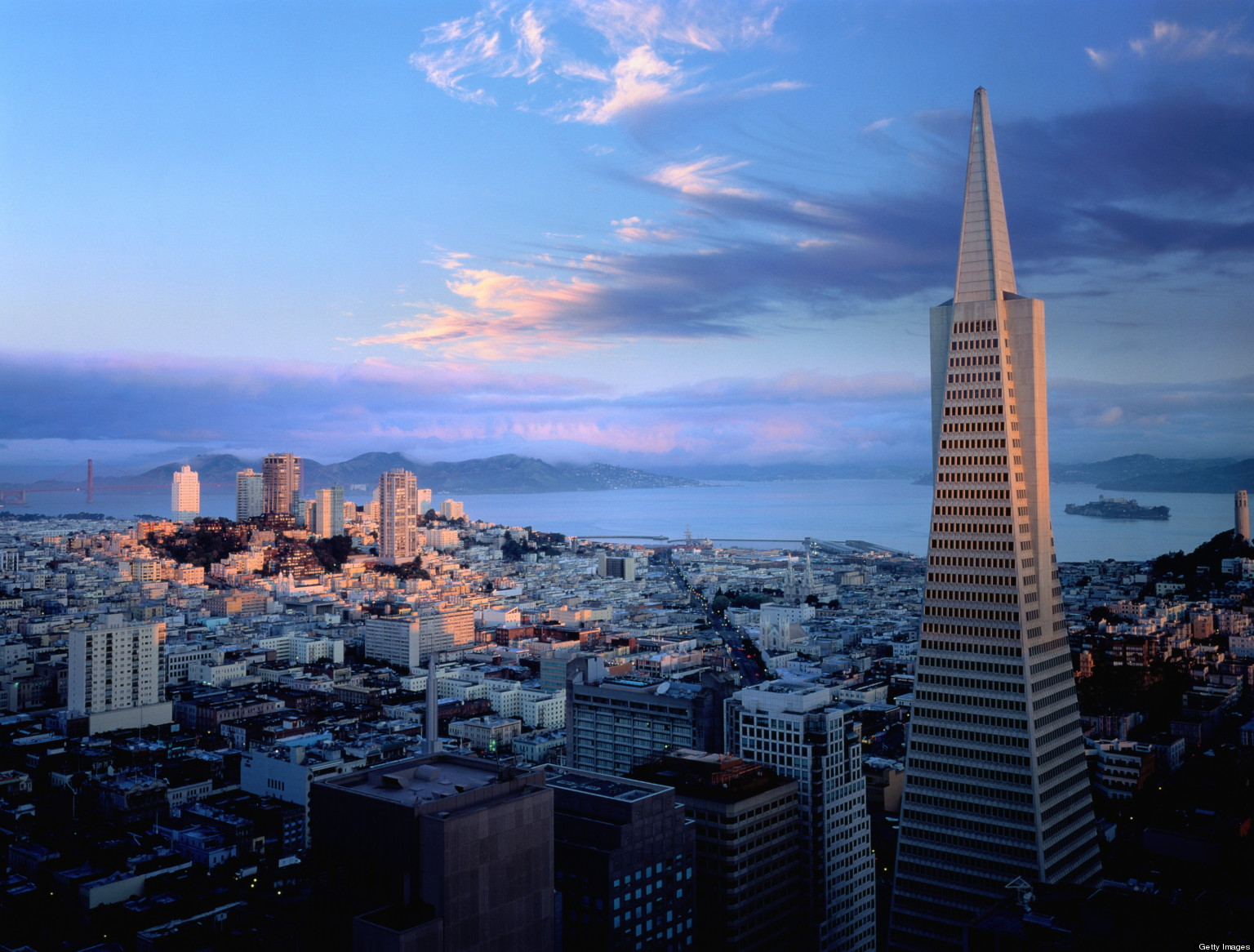 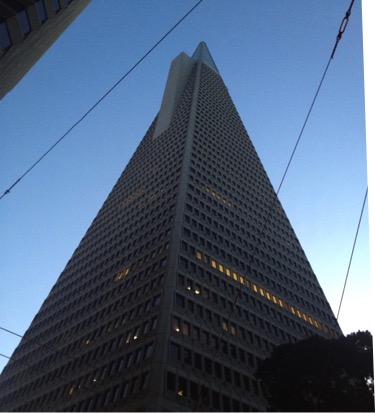 The Transamerica Pyramid was the tallest skyscraper in the San Francisco skyline up until 2018. The building no longer houses the headquarters of the Transamerica Corporation, who moved their U.S. headquarters to Baltimore, Maryland, but it is still associated with the company and is depicted in the company’s logo. Designed by architect William Pereira and built by Hathaway Dinwiddie Construction Company on the site of the historic Montgomery Block, it has a structural height of 853 feet (260 m) and has 48 floors of retail and office space. Upon it’s completion in 1972 it was the eighth tallest building in the world. The Transamerica building was commissioned by Transamerica CEO John (Jack) R. Beckett, with the claim that he wished to allow light in the street below.

Performed a hazardous materials survey of the floors of the building in anticipation of a full floor demolition. The surveys included an asbestos survey to identify asbestos-containing materials (ACM), a lead paint screening to identify lead-based coatings (LBC) and/or lead-containing coatings (LCC), and a visual inspection to identify suspect poly-chlorinated biphenyl (PCB) containing light ballasts and suspect mercury-containing florescent light tubes. A full asbestos and lead specification was created to work with the abatement contractor.